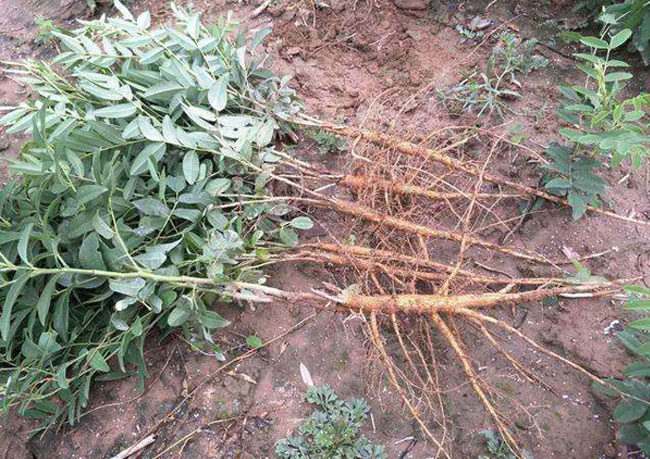 
1. The chemical composition and physical and chemical properties of matrine
At present, 27 alkaloids have been isolated from the roots, stems, leaves and flowers of Sophora flavescens, the main ones are quinazidine alkaloids, and a few are bispiperidine alkaloids. Among them, matrine, oxymatrine, hydroxymatrine, sophocarpine, oxysophocarpine, etc. are the most abundant alkaloids.
There are 34 kinds of flavonoids isolated from the roots of Sophora flavescens, most of which are dihydroflavonoids and dihydroflavonols, a few are flavonoids, isoflavones, chalcones and their alcohols, 7 types of saponins, 15 types of amino acids, and fatty acids There are 20 kinds of volatile oils, 12 kinds of volatile oils, 4 kinds of fructose and 4 kinds of other compounds. All the compounds isolated are more than 195 kinds of components.

2. Biological activity and characteristics of total alkaloids of matrine

Matrine is an alkaloid in Sophora flavescens extract. The matrine pesticide products we usually refer to actually refer to all the active substances extracted from Sophora flavescens. We call it the total alkaloids of matrine, or sophora flavescens for short. Alkali.
There have been many reports on the prevention and treatment of agricultural and sanitary pests by matrine. Oxymatrine has strong contact effects on Pieris rapae, Yellow palm moth and Ulmus blue leaf beetle, and has strong contact effect on Myzus persicae, Radish aphid, Pear aphid, and wheat. The control effect of aphids is more than 90%, and matrine has obvious control effect on the young larvae of Plutella xylostella and Tussock moth. When Mateudnk et al. studied the activity of Sophora flavescens and its derivatives against pine wood nematodes, they found that matrine had weaker nematicidal activity, while sophocarpine and sophoramine had stronger nematicidal activity. The total alkaloids of matrine are better than the single base of matrine, and the combination of matrine is better than the single base of matrine. The combination of matrine and abamectin has a significant synergistic effect, and the control effect is 1.3-3.1 times that of abamectin alone. Mixed with Buprofezin, the quick-acting effect is more obvious. So far, it has been reported that matrine can control cabbage caterpillar, cabbage aphid, melon aphid, stem borer, ladybug, beet armyworm, yellow striped beetle, plutella xylostella, blue leaf moth, leek maggots on vegetables, and Tianmu caterpillars on fruit trees , Boat-shaped caterpillars, spiny moths, geometrids, red spider wax bugs, scarabs, bugs, etc., armyworms on food crops, wheat midge and locusts and other pests. Matrine has biological activities such as contact killing, stomach poisoning, systemic inhalation, avoidance, refusal to feed, sterilization, peeling, paralysis of the central nervous system, coagulation of insect body proteins, blocking of insect body stomata, and death of insects by suffocation. Large target, multi-point hunting, can inhibit the development of drug resistance, and still have strong activity against pests that have developed resistance.

Matrine extract has a significant inhibitory effect on wheat head blight, apple anthracnose, tomato gray mold mycelial growth and germ spore germination. It has been determined that indigoidine, sophoramine, matrine, sophocarpine and Sophoridine has antibacterial activity. Sophocarpine and sophoridine have strong antibacterial activity, which is much higher than chlorothalonil. Matrine has no significant difference with chlorothalonil, and is higher than thiophanate methyl. . In addition, it has been reported that the ethyl acetate extract of matrine has significant inhibitory effects on 7 kinds of fungi, including Fusarium oxysporum, which causes wilt disease, Rhizoctonia solani, which causes leaf spot disease, and Staphylococcus leaf spot. Bacterial action, the flavonoids isolated from Sophora flavescens, normatrine, matrine, matrine, 5-O methyl matrine C, L-gaolin and three-bean saponin on Solanum silk nucleus Bacteria, stalk-stalked umbrella, Fanterbury’s rot enzyme, gramineous rot enzyme, melon fruit rot enzyme and other lawn pathogenic bacteria have a certain inhibitory effect. In addition, Sophora flavescens extract has inhibitory effects on downy mildew, powdery mildew, gray mold and blight on vegetables. Ma Zhigang reported that a 32kd lectin protein (SFL) was isolated from the roots of Sophora flavescens. When the SFL reached 31 U, the cotton fusarium wilt hyphae was inhibited. When the SFL reached 93UG, the development of the cotton fusarium wilt hypha was completely stopped. The lectin protein also has a significant inhibitory effect on the growth of wheat head blight and rice blast fungus. From the above, it can be seen that the bactericidal active components of Sophora flavescens can not only inhibit the biosynthesis of mycelium, but also affect the biology of mycelium. Oxidation process, and a broad bactericidal spectrum, have inhibitory effects on fungi, bacteria, and viruses. The sterilization mechanism is to inhibit the biosynthesis of the bacteria and affect the biological oxidation process of the bacteria.

Matrine extract has obvious function of stimulating the growth of plants. For example, the fresh weight and dry fresh weight of cucumber cotyledons of matrine treated isolates increased significantly with the increase of matrine concentration, both of which were significantly different from the control. Among them, cucumber leaf cotyledons The physiological effect of fresh weight was similar to that of kinetin, but the dry weight of leaves treated with kinetin decreased significantly. In addition, with the increase of matrine concentration, the total chlorophyll content decreased, but the photosynthetic oxygen evolution increased significantly; matrine can also promote the rooting of cucumber cotyledon petiole base, the number of roots was 70.2% more than that of the control, and it also promoted root growth. After matrine treatment of wheat flag leaves, the sucrose content in the leaves of the treatment group was about 1.4 times that of the control, which was significantly higher than that of the control. This is probably because matrine increased the activity of sucrose acid synthase and decreased the activity of acid invertase, thereby affecting sucrose. The content of sucrose in the flag leaves is 60%-70% transported to the ear, which plays an important role in the development of the ear and the accumulation of dry matter in the grain. In addition, the amino acids, fatty acids and other substances in the Sophora flavescens extract can be quickly absorbed by plants to supplement plant nutrients and enhance plant resistance; the saponins in the Sophora flavescens extract have a certain regulatory effect on plants.
We supply different qualities for different application

1)98% Matrine for cosmetics, daily sterilization, insecticide
2)30% Matrine with 90% total alkaloids are mainly used insecticide, one of our customer demonstrated that all other alkaloids except matrine have effectiveness too, the following is a quote from our customer”
We have formulated with a higher% of matrine reaching the same results, so we have come to the conclusion that the percentage of alkaloids is the key to the efficiency of your product as an insecticide. The conclusion of our last trial is “no mortality was detected (similar total population of thrips and whitefly in the plant tissue at the beginning and at the end of the trial)”