Milk Thistle, (also called as Silybum marianum(L.) Gaertn. or Carduus marianus L.), its seed contains a mixture of flavonolignans consisting of silibinin, isosilibinin, silychristin, silidianin, and others, Silibinin itself is a mixture of two diastereomers, silybin A and silybin B in approximately equimolar ratio. The mixture exhibits a number of pharmacological effects, particularly in the fatty liver, non-alcoholic fatty liver, non-alcoholic steatohepatitis,  the silymarin has the antioxidant, antiviral and anti-inflammatory properties.

Milk Thistle Extract is extracted from the seed of the plant "Silybum marianum(L.) Gaertn. or Carduus marianus L." through different solvents as Actone, Ethyl Acetate and Ethanol.

Silybin (Silibinin, Silybinin, CAS NO.22888-70-6, Mocular:C25H22O10) a natural polyphenolic flavonoid, is a major bioactive component of silymarin isolated from the plant milk thistle (Silybum marianum) that has been extensively used in treating hepatic ailments in Asia and Europe.

Application
1) Liver Protecting
The silymarin have reproductive function of hepatocytes to stimulate the new cells form; and also produce protective film on hepatocytes to precaution of viral penetration to hepatocytes. It is used in medicine of live protection, such as tablet, capsule.

4) A natural feed additive against hepatotoxic effects of feed aflatoxins
Function of silymarin in Feed protects against hepatotoxic effects of feed aflatoxins, Mycotoxins not only reduce animal performance, but they also cause significant liver damage. The seeds of the herb plant milk thistle contain a mixture of flavonolignans known as silymarin and can help in reducing liver damage when animals get in contact with mycotoxin contaminated feed.

COA and chromatogram For Reference 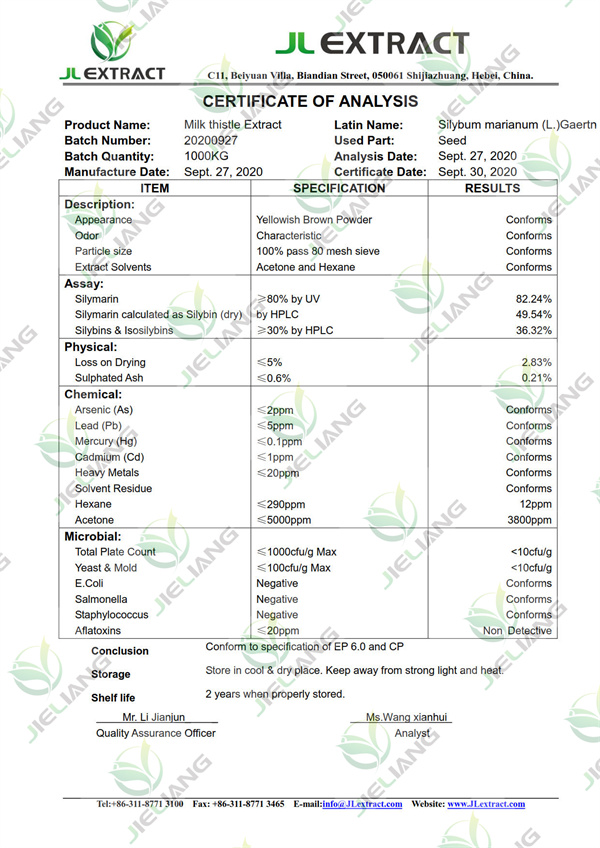 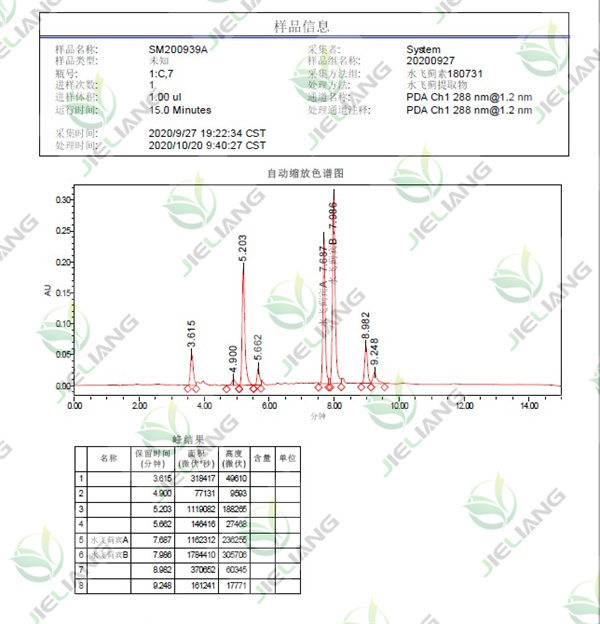 As a professional milk thistle extract manufacturer and supplier, our quality team and laboratory are your quality team, your laboratory. We are committed to providing our customers with the highest quality nutritional ingredients to create the best products. This task starts with ensuring high standards are met at every step of the supply chain. 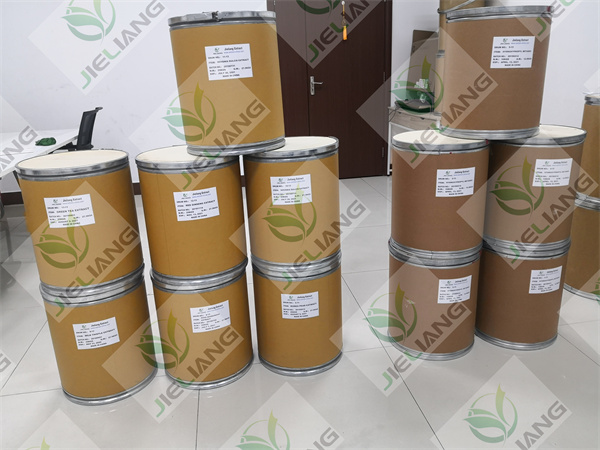 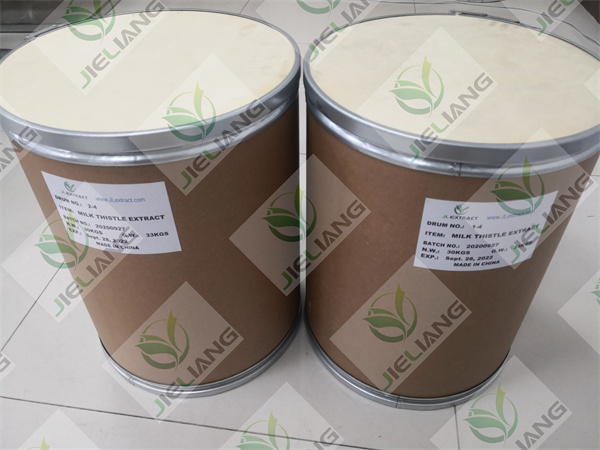